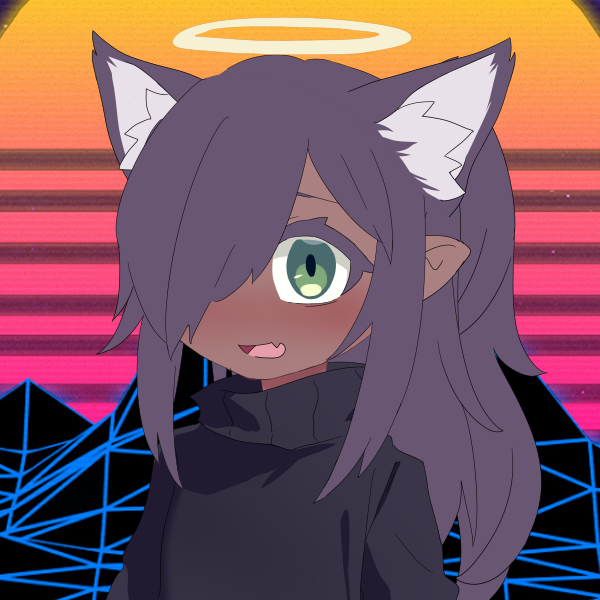 Howdy! 'Tis me, Flowey- I mean, NotTadpole. I'm a 19 year old college student who often has to seek her fix of vore, and... some other kinks. I'm not always available to RP, though, but I do my best to remain present and active. This page will largely serve as a place to link to all my characters, as well as explain my preferred RP styles, so sit tight and read it all if you want an ideal roleplay with me~!

- I'm a very Prey-leaning Switch, so in most cases I'll be looking for RPs where my character's the one being eaten. However, I still sometimes feel like doing the eating, and I can be open to being the pred sometimes. Being the pred is kinda exhausting for me, though, so please be considerate of my needs. I don't want to do it too much, lest I become exhausted, bored, or worse, sick of being a pred.

- I enjoy well-written RPs with realistic character personalities, and literate RPers. I don't mind either verbose or short posts, so long as they're well-written. I don't always use the chat feature, and I dislike being tied to something permanently, which means I will probably not be terribly fond of romantic relationships between my characters. Multi-session RPs will also be tricky.

- Unless we're doing a very intimate roleplay, I will usually prefer third-person RPing to first-person. I will much rather have you whisper to me if you'd like to RP than suddenly leap straight into action - unless it's just a casual, short RP while in the vore room. Those are fine. Casual, short RPs are fun to do!

- I'm kind of the Queen of Negative Continuity with my characters, which means I might be more inclined to treat our RPs as not being 'canon', or otherwise not having a sizable, permanent impact. That's not to say I reject all continuity, though! Great RPs will likely lead me to consider it part of my character's history and development. Just please don't expect me to count everything and all RPs as canon. Remember, I occasionally enjoy a random, quick gulp.

- I will have to ask you to not surprise me during RPs, unless they're pretty good surprises. I prefer to know what awaits me in an RP. Again, this isn't something completely set in stone - 100% railroaded and pre-determined RPs can and do get boring, after all. Just, please consider what I like and what I don't. Be mindful and respectful.

- Unfortunately, I have no idea how vore battles with dices work. They sound a little interesting, but I can't participate in something I have no clue how it operates.

- I will always, always, always seek to RP with a gentle and kind pred - or as a gentle pred. No exceptions. I've had some nasty experiences with abuse in my life, so seeing my character being mistreated and trash-talked by a pred who's holding them helpless and subdued (or being a cruel pred myself) makes me feel very uncomfortable. Please, at least try to understand. Thank you in advance.

- Directly related to the previous point, I also sincerely can't work with Digestion, Fatality, Pain, Blood, or Hard Vore. Even if it's with a willing prey. I don't like seeing people suffering. You might be able to coax me into accepting digestion IF it's done with willing prey, a gentle pred, and Reformation prevent character death. Rape is a big, hard no from me, though. It makes me very uncomfortable, as I think rape is inherently wrong.

- Following the previous two points, the only type of vore I deal with is harmless Endo + Soft Vore, with willing prey and a gentle pred. I can do unwilling prey, but it needs to be done just to tease rather than to legitimately kill. In all cases, the prey needs to be unharmed through it - whether because they get vomited out, or they leave through the back door, I'm fine with both.

- Ironically, despite finding Digestion to be unappealing, I greatly enjoy everything else that tends to come with digestion: namely, weight gain, noisy bellies, and a gooey and messy stomach full of sticky fluids. I love the idea of a prey being completely soaked and drenched in saliva and stomach acid, yet also not being digested by it.

- It's worth noting that I have a bit of a "clothing fetish". It's a bit hard to explain, but the basic gist of it is that I prefer my characters to be fully-clothed and wearing fancy or cute outfits that cover most or nearly all of their bodies, whilst the preds that eat them, by contrast, wear clothes that leave significant parts of their bodies exposed. (Generally, the minimum requirement is that the pred eating me has their entire arms left exposed - no detached sleeves, elbow gloves, or anything like that.) It also means I detest clothing damage, and would rather not include it in our RPs. If I'm the pred, though, I don't really mind what my prey wears, so long as they're not naked.

Those are pretty much the basic gist of it. Generally, everything else tends to be up to my characters' personal preferences. Check their sliders! Maybe a few of them even will have some preferences that diverge from this list.

Alright! Here's a list of the characters I have!